Briefs in Gannon were filed on May 7th.  You can find the Plaintiffs’ brief in its entirety here 2018-05-07 Plaintiffs Remedy Brief with abbreviated Appendix (1)

Highlights from the brief demonstrate why S.B. 423 is unconstitutional: 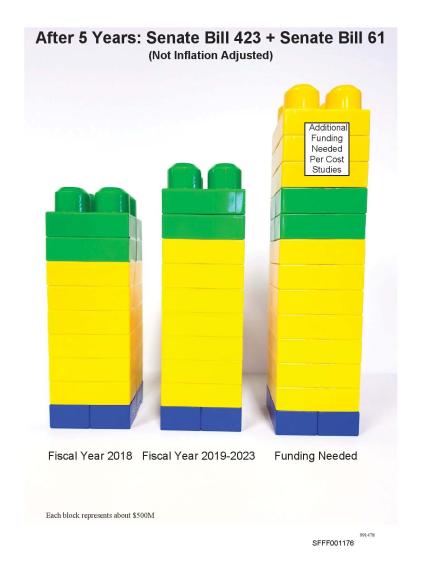 Almost half of the “new money” for FY19 actually comes from the $96 million increase previously provided in S.B. 19.

For the reasons stated herein, Plaintiffs request that this Court