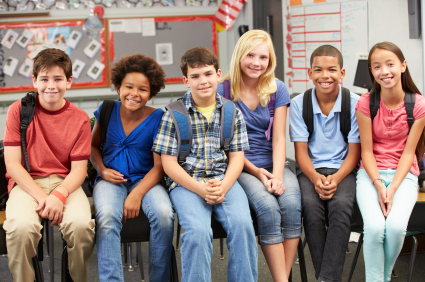 Administration of School District Finance by the State Board of Education
Testimony submitted by Schools For Fair Funding
Bill Brady
February 17, 2017

Chairman Campbell, Members of the Committee:

Schools For Fair Funding is a coalition of 40 Kansas school districts comprised of 135,241 students, or 30% of the students in Kansas. Thank you for the opportunity to present our views on HB 2346.

Schools For Fair funding testifying opposed to this bill due to the issues outlined herein.

In judging the constitutionality of any school finance bill, the Kansas Constitution is the
guidestar. The Kansas Supreme Court has further defined just what our Constitution requires to guide us. Most recently, in the Gannon case, the Court has provided the most detailed articulation of the requirements. There are two components a bill must provide to pass constitutional muster: It must provide for adequacy and equity.

“To determine compliance with the adequacy requirement in Article 6 of the Kansas Constitution, Kansas courts apply the test from Rose v. Council for Better Educ., Inc., 790 S.W.2d 186 (Ky. 1989), which establishes minimal standards for providing adequate education. More specifically, the adequacy requirement is met when the public education financing system provided by the legislature for grades K-12—through structure and implementation—is reasonably calculated to have all Kansas public education students meet or exceed the standards set out in Rose….”

“To determine compliance with the equity requirement in Article 6 of the Kansas Constitution… school districts must have reasonably equal access to substantially
similar educational opportunity through similar tax effort.”

HB 2346 must pass these two tests to meet constitutional requirements.

Responsibility shift to State Board of Education. The bill shifts total responsibility for the allocation of school district finance to the State Board of Education. While this is a constitutionally mandated elected body of ten members whose sole function is to supervise the schools, by its nature and number, it is less representative than 165 representatives and senators together with the governor. Schools, teachers and patrons would have much more opportunity for input and redress with their representatives, senators and governor than with only ten State Board of Education members. Additionally, the bill retains the appropriation duty with the legislature and governor. Shifting the allocation duty to the State Board of Education does nothing to solve the underappropriation of resources for the schools that has occurred. The court
decisions in Gannon specifically found that the problem was NOT with the manner in which resources were allocated under the formula, the problem was with not enough resources being appropriated by the legislature. This bill would not fix the problem.

School District State Aid insufficient. Section 1 of the bill sets forth state aid to school districts in the amount of $4.075M. This does not appear to be an increase in resources.

The Gannon trial court suggested that in 2012 dollars the base should be increased from $3852 to $4980 to meet adequacy requirements. At a 2.5% rate of inflation this base would increase at the rate of $125 per pupil per year. This equates to a base of $5730 in 2018 dollars. Doing away with the base and still appropriating the same total funds will not solve the adequacy requirement.

It would appear that HB 2346 is roughly $1B short. The courts have recognized and applied inflation factors to education funding to maintain adequacy. This bill does not appear to pass the adequacy test according to the trial court in Gannon. This could be cured by increasing the appropriation amount in the bill.

Grandfathering LOB amounts. Section 8 of the bill grandfathers every district’s former Local Option Budget into the new scheme. While most districts had a LOB of 30%, the more wealthy districts were able to implement a 33% LOB. Grandfathering this level of LOB for the more wealthy districts does not pass the constitutional equity test. It does not provide “substantially similar educational opportunity.” These districts are grandfathered to a 3% advantage. The bill provides no methodology for districts to increase their LOB in future years. This locks in the inequity moving forward. This could be cured by simply allowing all districts to adopt a 33% LOB should they so choose.

Declining Enrollment Levy not equalized. Section 10 provides that districts with declining enrollment may levy additional funds, but this levy has not been equalized in the past and there are no additional funds appropriated that could cover this. This is an equity test violation. This can be cured by adding an equalization scheme that mirrors LOB equalization.

Ancillary Levy not equalized. Section 11 provides that districts with new facilities may levy additional funds, but this levy has not been equalized in the past and there are no additional funds appropriated that could cover this. This is an equity test violation. This can be cured by adding an equalization scheme that mirrors LOB equalization.